Lying on the banks of the charming West Lake, the “South Korea Road” offers couples open and romantic spaces which can afford a view of the lotuses as well as the water park with its towering ferries wheel. 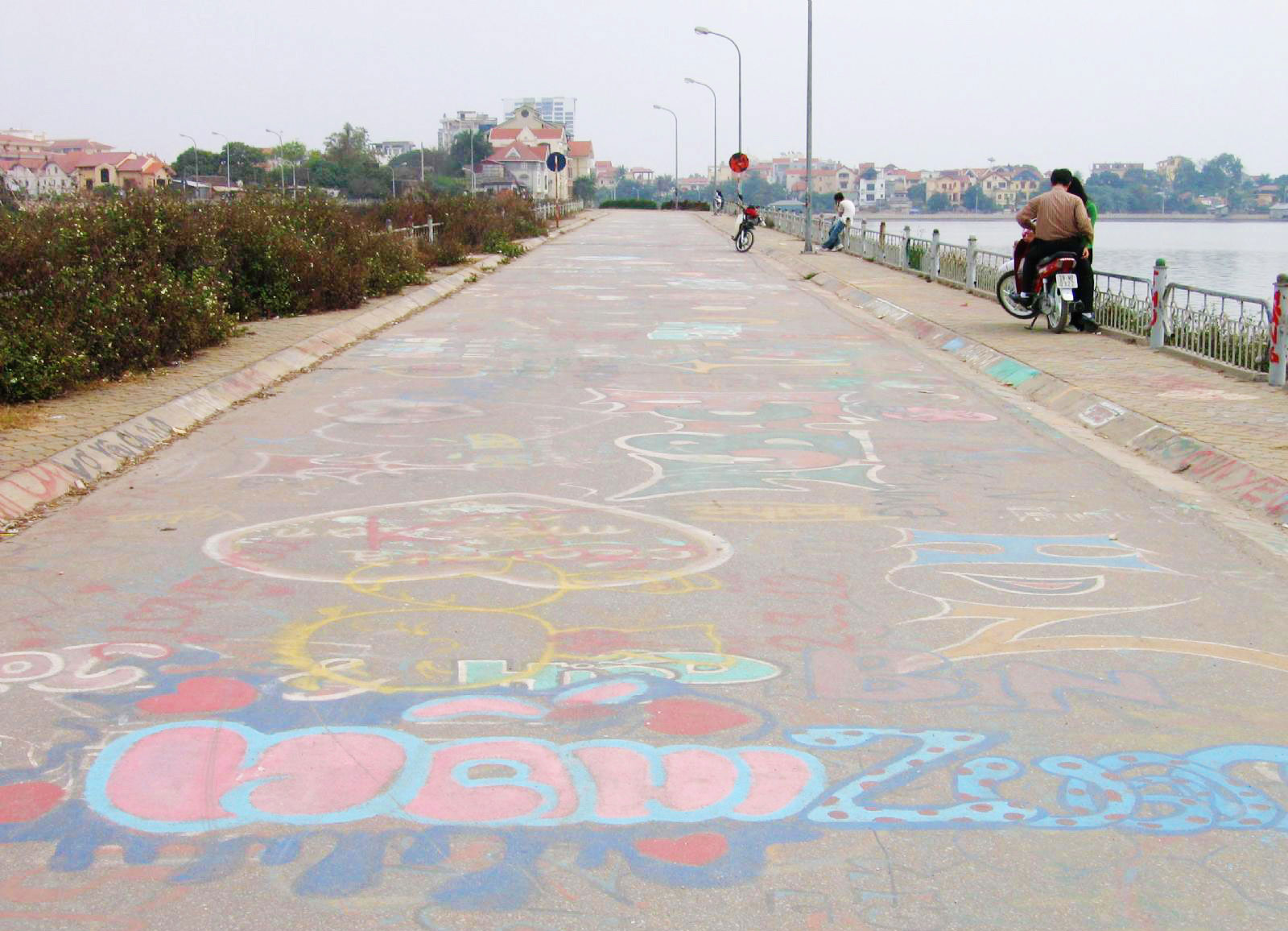 Additionally, the road is also famous for the graffiti bearing declarations of love drawn by couples. It is called “South Korea Road” for its aesthetic, which many find close to that shown in Korean films. 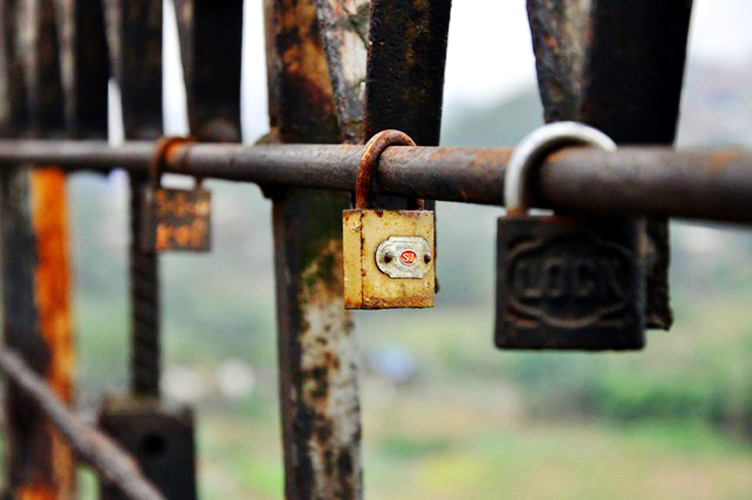 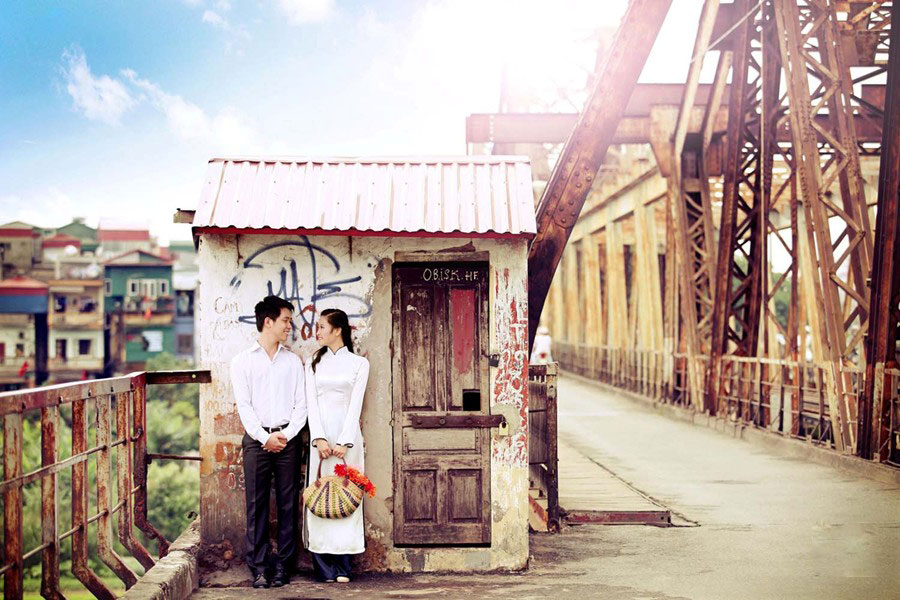 Long Bien Bridge is another romantic and well-known spot for young couples to spend their happy Valentine. The old bridge is located near a reed field which creates an ideal spot for dates. Couples often walk along the bridge and take photos. Many record their memories by writing their names and attaching a love lock to the bridge. Hopefully these couples often return back to see them, and not cut them off.

Some people say that they can see a similarity between the Long Bien Bridge in Hanoi and the Pont des Arts Bridge in France. 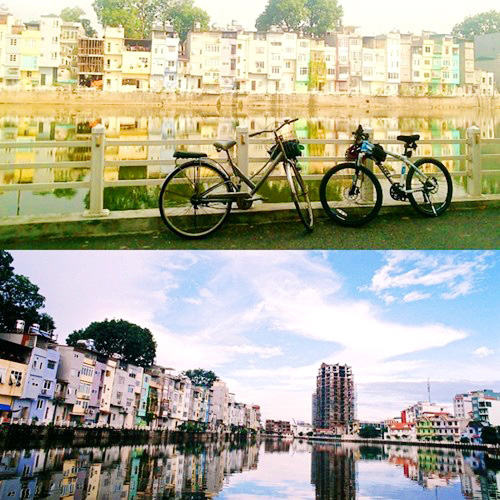 This small body of water is near Gia Lam Station and has recently been renovated. The lake area looks like a miniature European street, with rows of houses built close together reflected in the water. It’s the bending road that makes the area more beautiful. Many young people walk or cycle around the lake.

Times City, Royal City or Vincom Ba Trieu Trade are three major entertainment centers which are considered as modern and favorite ones among young couples on Valentines’ Day. Coming there, they can enjoy food and entertainment offered by these facilities. Significantly, the Royal City has tried to create a romantic space, emulating South Korean films and is complete with an with ice rink. 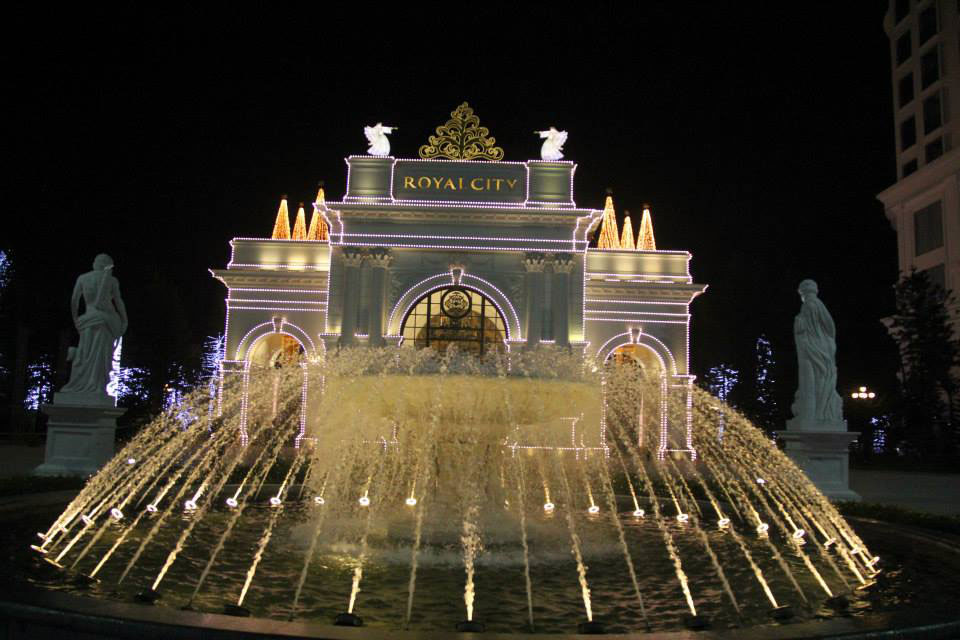 These are quite popular places among Vietnamese on Valentines’ Day 2014. So it’s advisable to book well in advance in case of selling out of tickets as the cinemas are very crowded on the evening of Feb 14th. Cafés tend to put up Valentine’s Day decorations to make for a warmer atmosphere, even during cold weather.