About 10 km from Hoan Kiem Lake, Temple of Literature (or Văn Miếu Quốc Tử Giám in Vietnamese) seems to be the must-be-included destination in almost trips in Hanoi. Being the first university of Vietnam, the Temple of Literature reveals the study spirit of the Hanoians in the past. 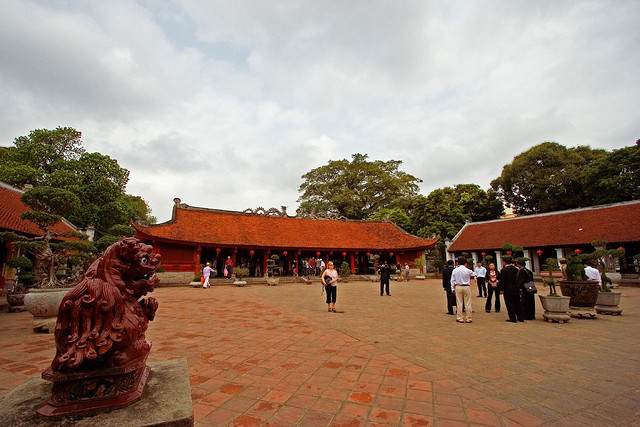 A beauty-spot for cultural and architectural values

As an ancient Confucian sanctuary, the Temple of Literature is now considered one of the finest historical, cultural as well as architectural sites in Hanoi. Many visitors coming here are impressed by its special architectural style and the interesting stories behind it.

The temple is divided into five courtyards lined out in order, entrance gate to the first, via the impressive twin-tiered Van Mieu gate leads to three pathways that run through the length of the complex. Each has its own significance and history. 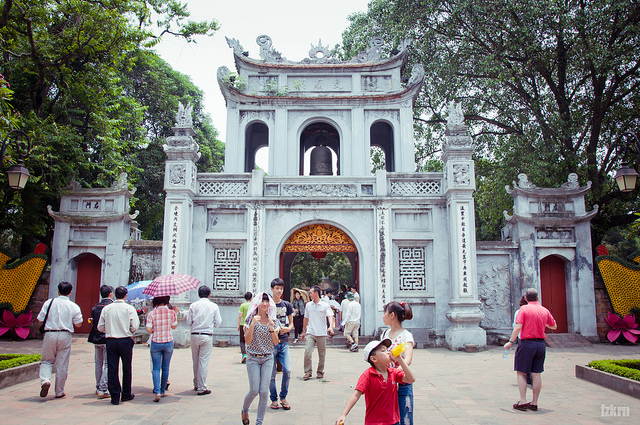 Entrance to Temple of Literature

The first two courtyards are peaceful havens of ancient trees and well-trimmed lawns where the scholars could relax away from the bustle of the city outside the thick stone walls. Entrance to the third courtyard is through the dominating Khue Van Cac (the pavilion of the constellation of literature) which was built in 1805 under the reign of the Nguyen dynasty as a place for classic poetry review. Today, the Khue Van Cac is the symbol of Hanoi. 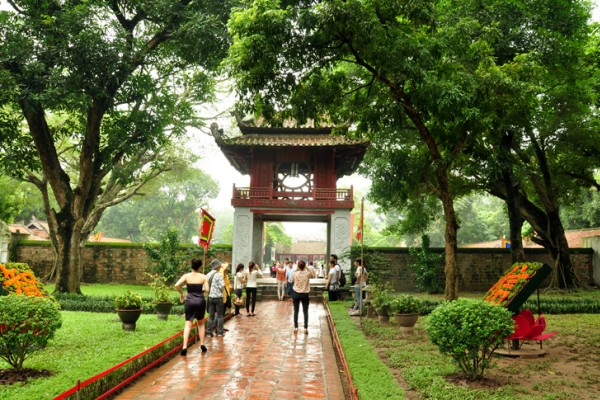 Central to the this courtyard is the Thien Quang Tinh (“Well Of Heavenly Clarity”), either side of which stand two great halls which house the true treasures of the temple. These are 82 stone steles with names and origins of 1307 men who were awarded doctorates from the triennial examinations held here (“the National University”) between 1442 and 1779. If you visit the temple at the beginning of the year or in May or June when many important examinations take place, you will catch sights of numerous students who come here and pray for good results. 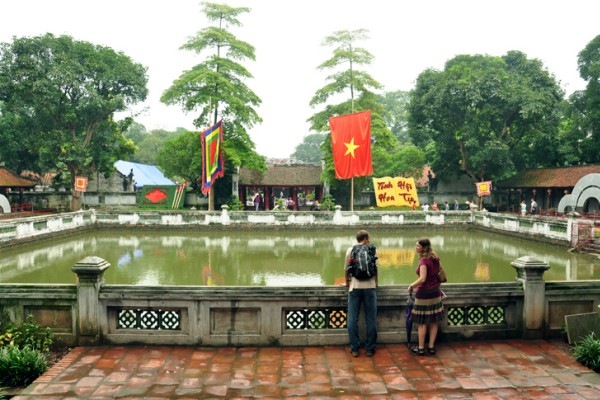 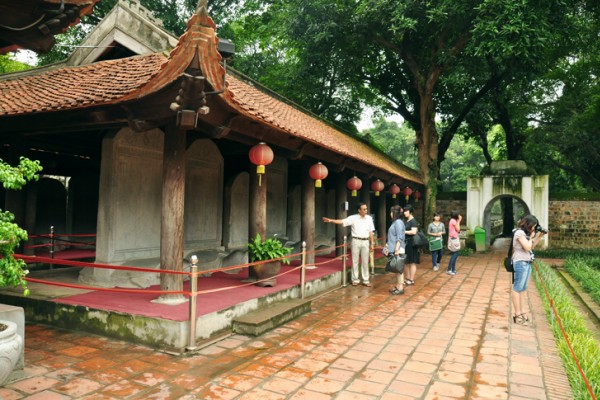 The last and also furthest courtyard is Thai Hoc house which used to be Quoc Tu Giam- the first university of Vietnam. Thai Hoc house holds a small collection of old time costumes for students and mandarins, as well as explaining the process of taking and passing the national examination. 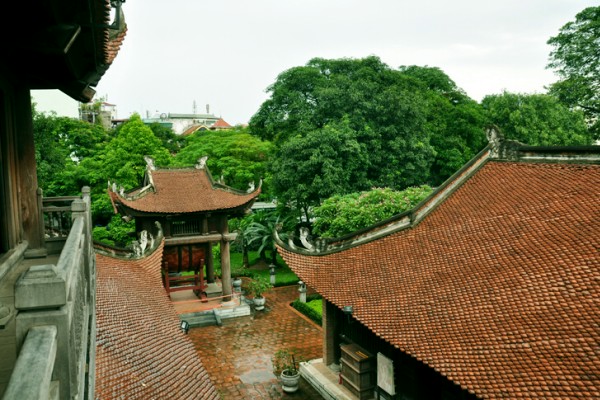 Despite undergoing through lots of restoration works, the Temple of Literature still remains its very first original shape, catching the eyes of all visitors coming here.

A space of peace, green trees and solemnity covers the whole temple of historical and traditional love for study, making tourists feel like they were lost in a land of Confucion and traditional values. If you are in Hanoi, you should really come and explore it yourself!