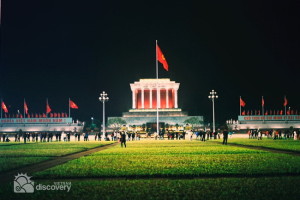 The mausoleum of Ho Chi Minh is a monumental marble edifice, which was constructed from materials gathered from all regions of Vietnam during 2 years from 1973 to 1975. Annually, it is closed for about two months while the embalmed body of President Ho Chi Minh goes to Russia for maintenance.

Visiting the mausoleum, you should dress modestly and maintain a respectful demeanor at all times as wearing shorts and tank tops is not permitted there. You are also advised to avoid putting your hands in pockets as well as to take of hats and leave your cameras and phones outside (at reception). Especially, you are strictly prohibited to take pictures inside the mausoleum. 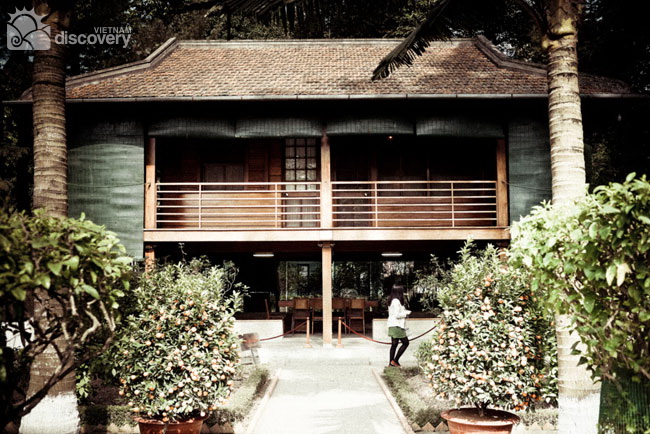 Lying entirely in a well-tended garden, the stilt house was used to be the living place of Uncle Ho from 1958 to 1969. It is an interpretation of a traditional rural dwelling, and has been kept intact as Uncle Ho left it. In an adjacent building a sign proclaims, ‘Ho Chi Minh’s Used Cars’ – in reality, automobiles he used during his life. 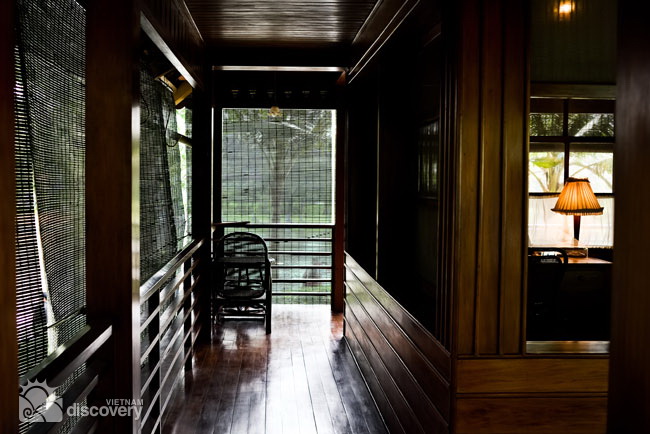 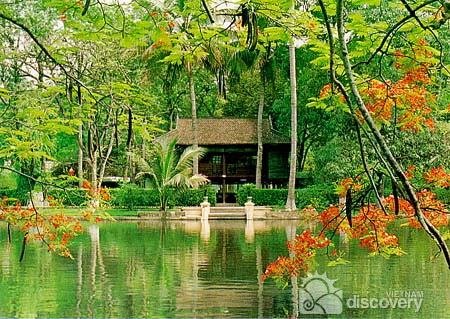 Built in 1906, the Presidential Palace was the Pal­ace of the Governor General of Indochina. Nowadays, it is used for official receptions and isn’t open to the public. 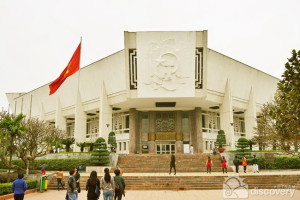 The huge con­crete Soviet-style Ho Chi Minh Museum is a triumphalist monument dedicated to not only the life of the Great Hero of Vietnam but also the onward march of revolutionary social­ism. The museum is a place for displaying the mementos of Uncle Ho together with some fascinating photos and dusty official documents relating to the overthrow of the French and the rise of com­munism. You are forbidden to use your camera for taking pictures at the museum.

The Ho Chi Minh Museum needs to be discovered with a tour guide, so you are highly recommend taking a half-day culture tour in Hanoi for visiting well-known cultural attractions of Hanoi, including Ho Chi Minh Complex. Besides, the tour will lead you to the two others of Tran Quoc Pagoda and Temple of Literature.

The One Pillar Pagoda was originally built in 1049 and by the Emperor Ly Thai Tong who ruled from 1028 to 1054, based on his dream of meeting Quan The Am Bo Tat. The pagoda is made of wood on a single stone pillar and architecturally designed to resemble a lotus blos­som, the symbol of purity, rising out of a sea of sorrow. In 1954, the One Pillar Pagoda was heavily destroyed by the bombs of French army. After that, the new Vietnamese Government rebuilt the pagoda.