Located about 10 km from the downtown Hanoi, near the legendary Red River, Dong Ngac Village (formerly known as Ke Ve)  in Tu Liem District is worth a visit to discover the well-preserved traces of its past that separate it from the hustle and bustle of daily life. 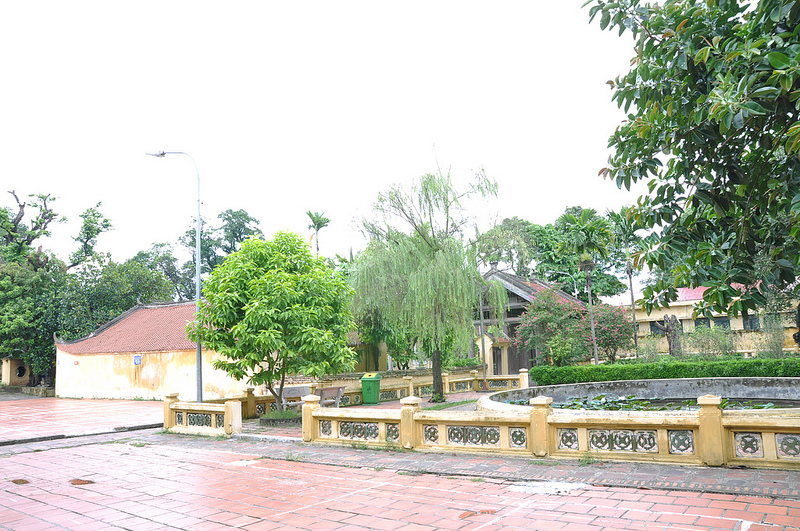 The village is well known for being home of many high-ranking mandarins during the feudal period in Vietnam. As such, visiting the village offers you a special chance to learn more about the traditional fondness of studying of Vietnamese.

In addition, the Dong Ngac Village has been also famous for its large-scale communal house which is a solemn place where the village’s most important events take place. It has been in place for about 500 years and is the first thing to catch the eyes of visitors. The communal house display a wide collection of ancient relics dating back hundreds of years such as a set of ancient paintings from the Le Dynasty (1427 – 1788) which depict the bumper harvests and peaceful, prosperous life of people and eight paintings praising the vocations of fishery, forestry, fabric weaving, husbandry, teaching, farming, handicraft and trading. 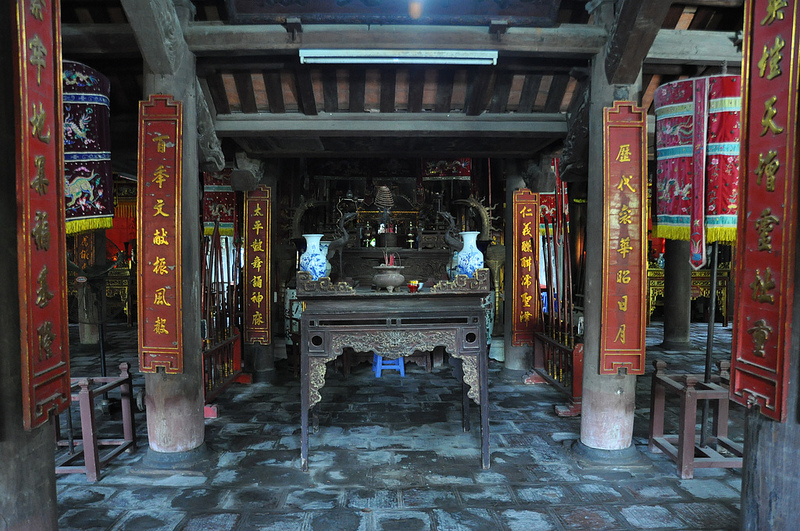 There is also anther trait of the past existed in the village which is the old pagoda called Tu Khanh, known in the past as Ve Pagoda. Even after hundreds of years the pagoda retains its bell – tower, a three – door temple gate and the forecourt. Its statues are believed to contain artistic elements from the 18th and 19th centuries. 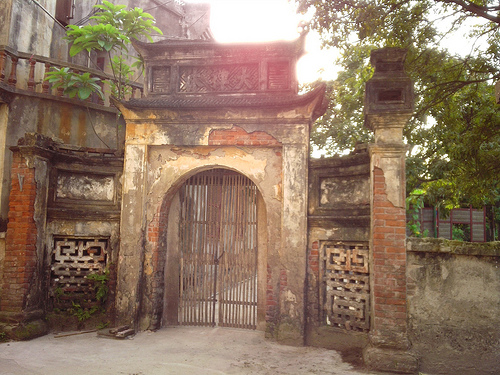 Another village attraction is an ancestral house that honors Do The Giai, a senior official from the Le – Trinh era (The Trinh were the noble family that dominated northern Vietnam during most of the Ly Dynasty, from 1428 to 1788). Visiting the house, you will have chance to listen to many interesting stories about the village by the host. Time had touched the ancestral house, but its cultural value remains.

In these days can still see many engravings on the old gates in Dong Ngac. And in most ancestral houses there are parallel sentences written in Chinese characters, showing that elders in the village continually remind the younger generation of the importance of study and acquiring further knowledge.

This Dong Ngac, like many other villages in Vietnam, is moving forward with the pace of development. But traces of the past can still be seen here – in the old bricks on the narrow paths around the village and the stones in the pagoda. To understand more about the village, you are highly recommended to book a Hanoi tour to Dong Ngac Village.