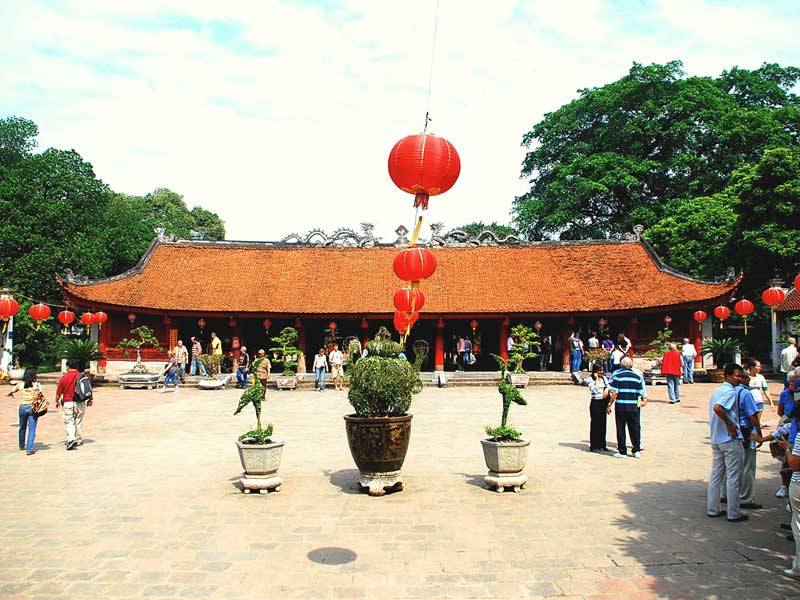 As scheduled, Hanoi capital hosted a photograph exhibition featuring its nine national relics on September 24. Taking place at the Temple of Literature (Van Mieu – Quoc Tu Giam) for a month, the exhibition is part of a series of events celebrating the 60th anniversary of the capital city’s liberation (October 10, 1954).

Visitors coming to the exhibition from now on have been introduced an insight into the cultural, historical and architectural values of these mentioned above relic sites. The event also gave a good chance to promote Hanoi’s historical sites of national importance to both domestic and international visitors, thus improving the public’s awareness of heritage preservation, according to Nguyen Huy Bai, the Head of the Managing Board of Hai Ba Trung temple in Me Linh District.