Establishing 230 million years ago following a volcano eruption, Tam Dao is geographically lying on the three mountains of Thach Ban, Thien Thi and Mang Chi in Vinh Phuc, Thai Nguyen and Tuyen Quang Provinces. However, it is mostly located in Tam Dao Town of Vinh Phuc Province, which is approximately 90 kilometers far from Hanoi Capital. Nowadays, the land of Tam Dao is recommended as an ideal getaway for tourists to spend their weekend trips from Hanoi as it is easy accessible after a more than 1.5-hour-drive. 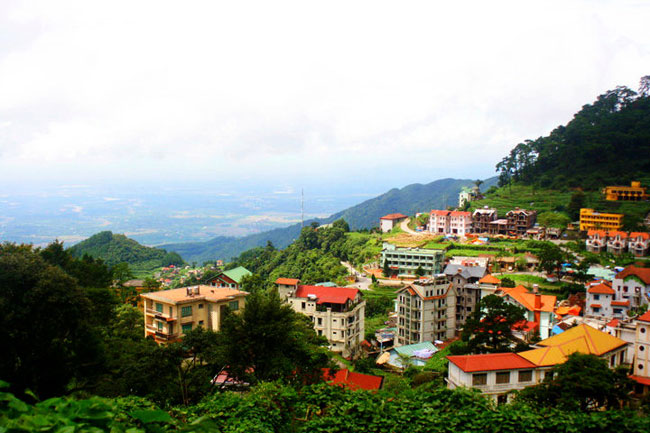 It was said that in 1902, the French had discovered the 253-hectare valley at the height of 900 meters above sea level, called Tam Dao. Thanks to the fresh cool air, mist along with romantic scenery, Tam Dao became “the Dalat in the Northern Vietnam” and was turned to a tourist site for French officers to relax at weekends. 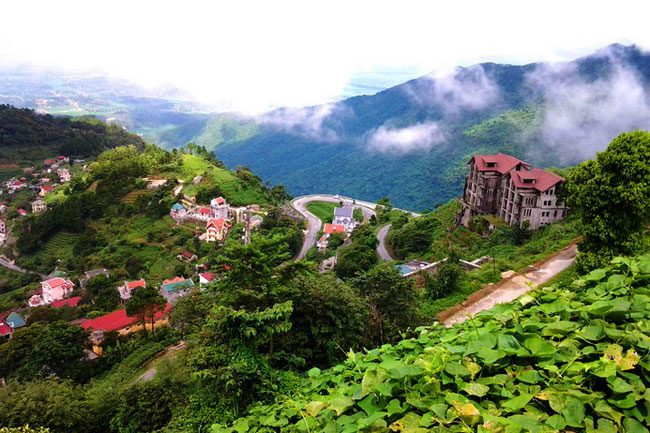 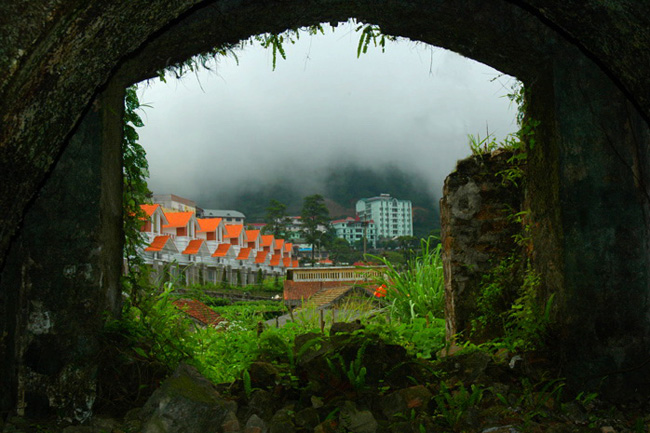 Four seasons in a day in Tam Dao

In order to built the romantic land of Tam Dao as the leisure place with sufficient facilities and services, the French decided  to construct around 150 magnificent villas offering variety of entertainment service like discos, swimming pools, restaurant, etc. as well as to build many churches for along the windy roads.

Of all churches built at the beginning of 20th century in Tam Dao, you will be impressed by an ancient stone church standing at the foot of the mountain. Firstly finished in 1906, the church was then rebuilt with brick and stone in 1937. You can easily realize the Gothic décor inside and outside the ancient church. It emerges imposingly amidst the endless green pine trees and becomes an outstanding example of French colonial architecture in the valley. If you stand in the valley, you can see the stone church with the bell tower. Besides, the church is featured with semicircular hard arches for tourists to sit under to enjoy the charming beauty of this town. 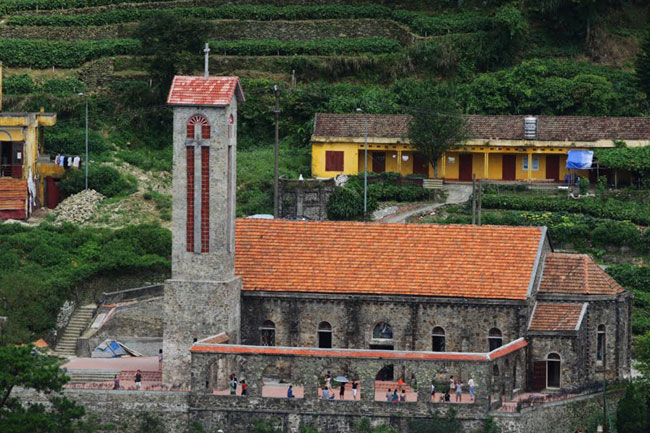 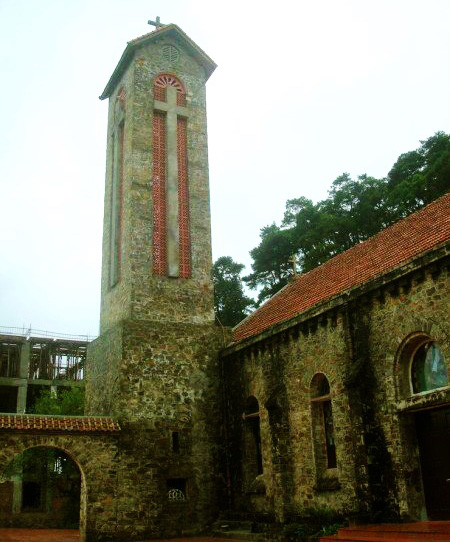 A bell-tower in the ancient stone church in Tam Dao 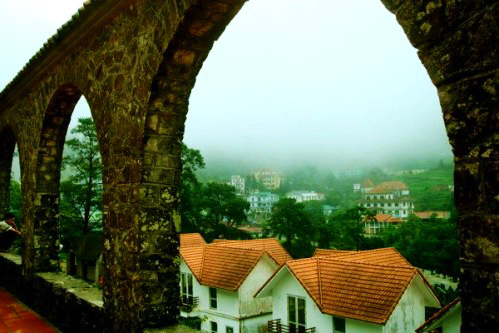 The Tam Dao Town – viewed from the stone church Additionally, no trip to Tam Dao would be complete without tasting the fruits of chayote and banana. You can also buy some for beloved as specialties and gifts from Tam Dao. Furthermore, those who love spectacular natural beauty, it is highly suggested to trek down a deep valley where Bac Waterfall is tucked in the mountain’s heart. Once you step down around 300 stone steps, the white carpet under the golden sunlight will melt your heart.