With a wide collection of typical items of 54 ethnic groups with different and colorful culture, Vietnam Museum of Ethnology is an ideal base to learn more about the cultural diversity of Vietnam. The destination is included in almost Hanoi city tours. 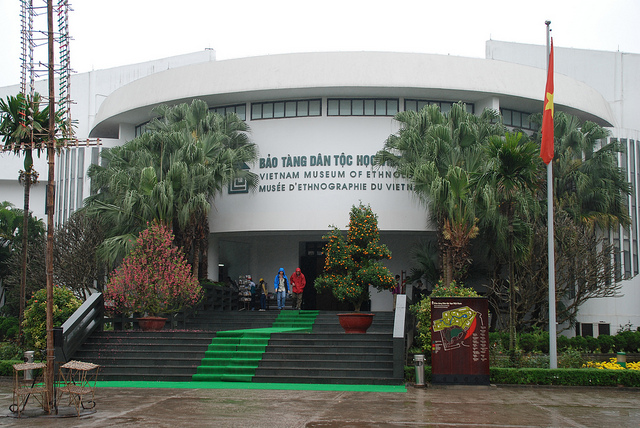 Vietnam is a multi-ethnic country; it is inhabited by 54 ethnic groups. In order to preserve and present the cultural heritages of such groups, the Government of Vietnam decided to establish a museum of ethnology in Hanoi. The Vietnam Museum of Ethnology officially opened to the public on November 12, 1997, covering an area of 9,500 square meters on Le Van Huyen Street, Cau Giay District of Hanoi.

The mission of the Museum is scientific research, collection, documentation, conservation, exhibition and preserving the cultural and historic patrimony of the nation’s different ethnic groups. In its future planning, the Museum intends to present the cultures and civilizations of other countries in Southeast Asia as well as in the region.

What does it have?

Being a valuable center for the exhibition and preservation of cultural heritages of more than fifty ethnic groups on Vietnam, the Vietnam Museum of Ethnology has attracted a huge number of visitors and ethnographers and researchers all over the world as well since its opening. Until now, the collection displayed at the Museum consists of 15,000 artifacts, 2,190 slides, 42,000 photographs, 237 audiotapes, 373 videotapes and 25 CD-ROMs. Not only being the center of tourism, the Museum is also the center for ethnographic research employing many experts on the different ethnic groups. Visiting the museum, you will see a successful recreation of the daily life as well as the religious rituals and the symbolic festival of each ethnic group in Vietnam. All objects on display present a vivid picture of a diversified Vietnamese culture. 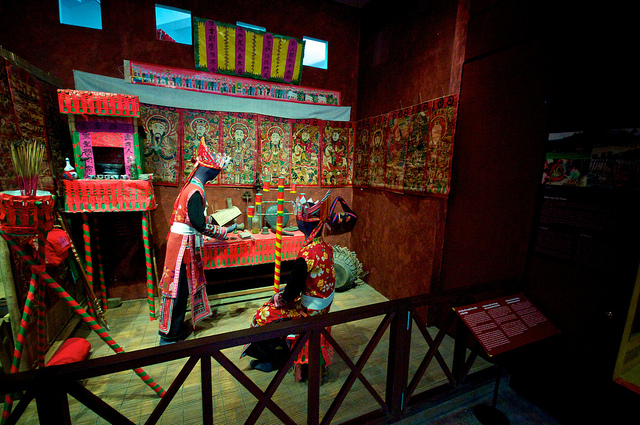 A religious ritual displayed at Vietnam Museum of Ethnology – Hanoi 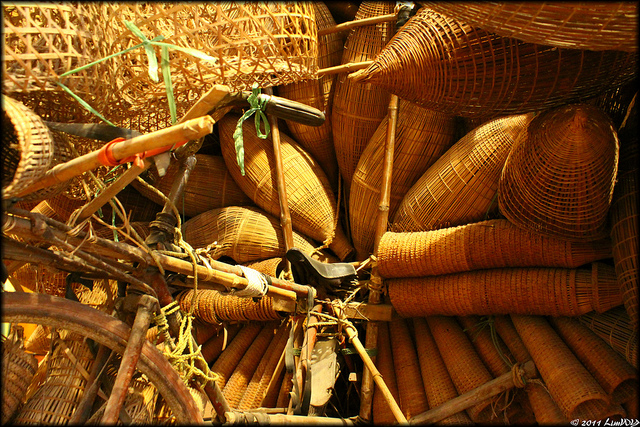 Old farming instruments displayed at the Vietnam Museum of Ethnology 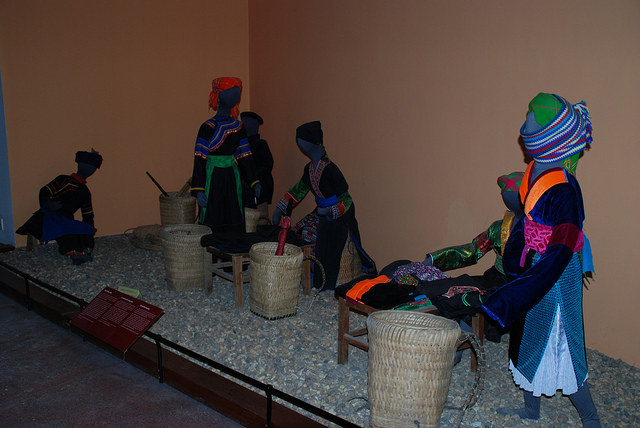 Exhibit at Vietnam Museum of Ethnology

The permanent collection displayed in the indoor area is divided into 9 main sections for an easy comparison and understanding.

New technical solutions have been applied throughout the Museum to show the best beauty of the objects as well as draw the attention of visitors. Among them, focused light plays a very important role. It radiates inside and outside the glass windows focusing on the most significant aspect of each object. In addition, a ventilation system has been installed within each display area to protect the objects from mould and decay. 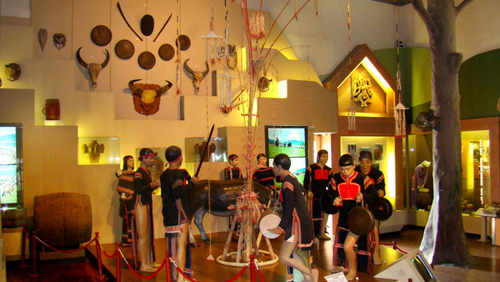 The outdoor exhibition area of the Museum features the most architectural styles from all over Vietnam. Already presented here are the Ede long house, the Tay stilt house, the Yao house half on stilts, half on earth, the Hmong house whose roof is made of pomu wood, the Viet house with tile roof and the Giarai tomb. The museum is planned to present the Bahnar communal house, the Cham traditional house and the Hanhi house made with beaten walls. Between the houses, there are trees indigenous to the area of each house, zigzagging paths and a meandering stream crossed by small bridges. The outdoor museum is being realized step by step. 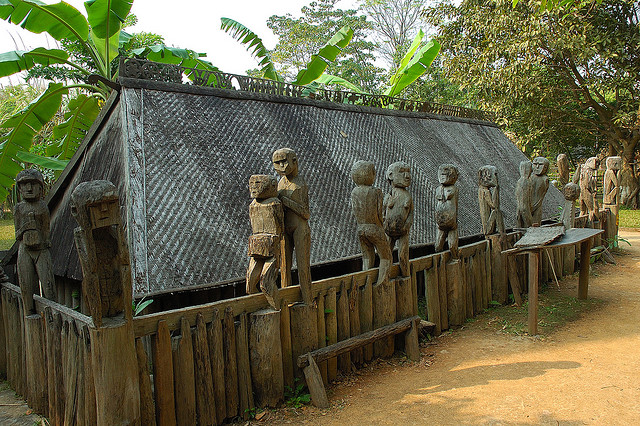 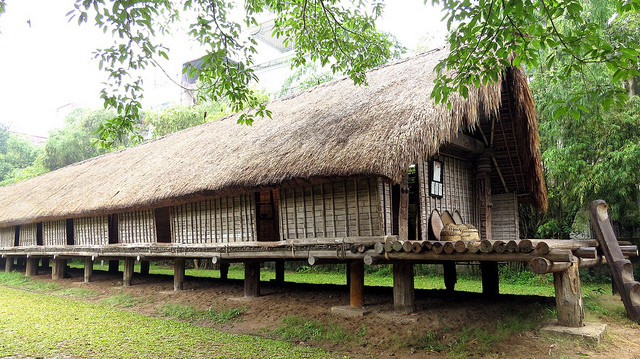