Located in Lang Thuong Ward, Dong Da District, Chua Lang is one of the famous ancient pagodas in Hanoi. The pagoda was built in the 12th century and is said to date back to the Ly Dynasty although its present physiognomy is more recent, dating from the 19th century.

People know about Lang Pagoda not only for its harmonious architecture in a large scale, but also for its traditional festival, which annually takes place in the spring during the 5th, 6th and 7th of the third lunar month. On the opening day of the festival, the saint’s joss-stick bowl is carried to Nen Pagoda, where according to the legend the saint was born. It’s then on the next day when the saint’s joss-stick bowl is carried to Tam Huyen Pagoda to visit his father. On the last day of 7th, saint’s palanquin procession is carried to Hoa Lang Pagoda to visit his mother. On the way to Hoa Lang Pagoda, the performance of the old tale of “deities fighting” is performed (Tu Dao Hanh’s fighting with shaman Dai Dien in Due Pagoda who according to the legend killed Tu Vinh, Tu Dao Hanh’s father). After making rituals, the saint’s palanquin procession returns to Lang Pagoda at noon. Beside spiritual rituals and worshiping ceremony, the festival also includes variety of folk traditional games like swinging, rice cooking competition, wrestling, chess playing, tuong, cheo singing and worshiping sing, of which the rice cooking competition is the most significant and attracts lots of local people.

For those to stay in Hanoi in the first days of 3rd lunar month (usually falling in month of April), it’s a worthwhile experience to join the festival of Lang Pagoda and enjoy the rice cooking competition, one of the famous Vietnam’s traditional folk games.

Let’s check out these followings photos taken during the rice cooking competition in Lang Pagoda: 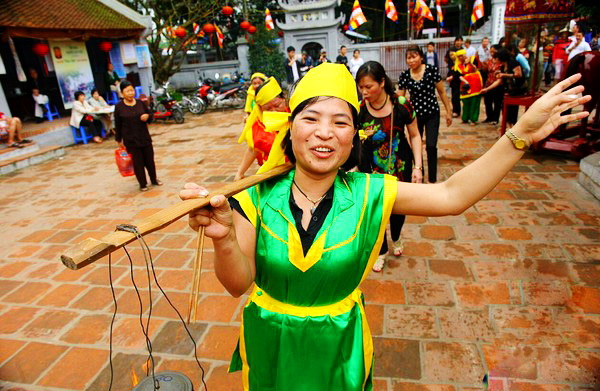 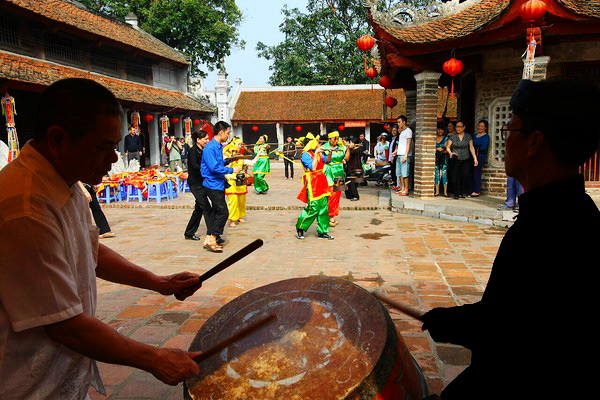 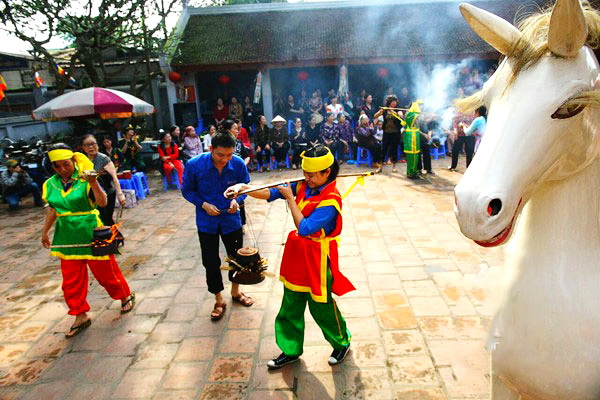 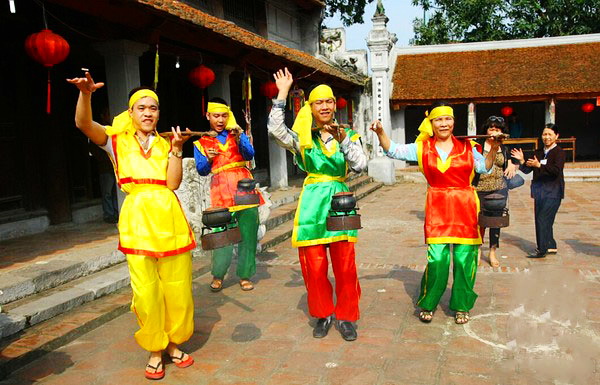 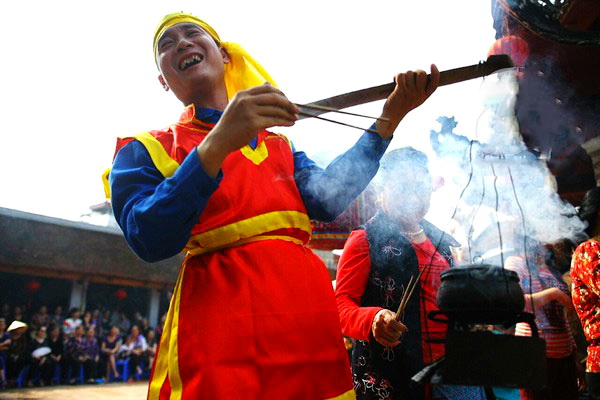 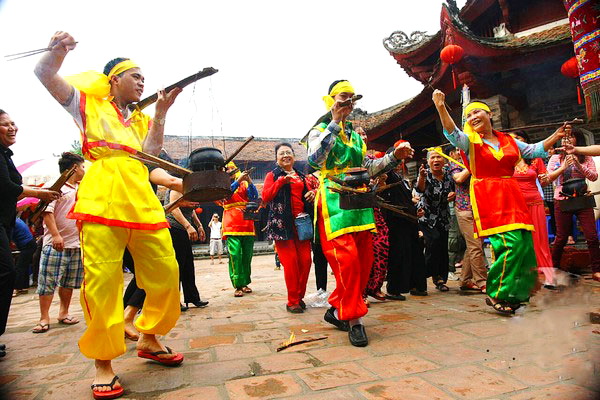 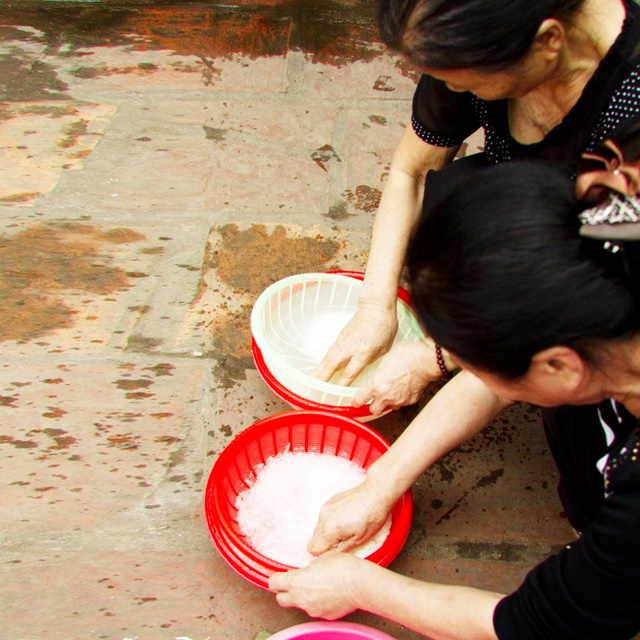 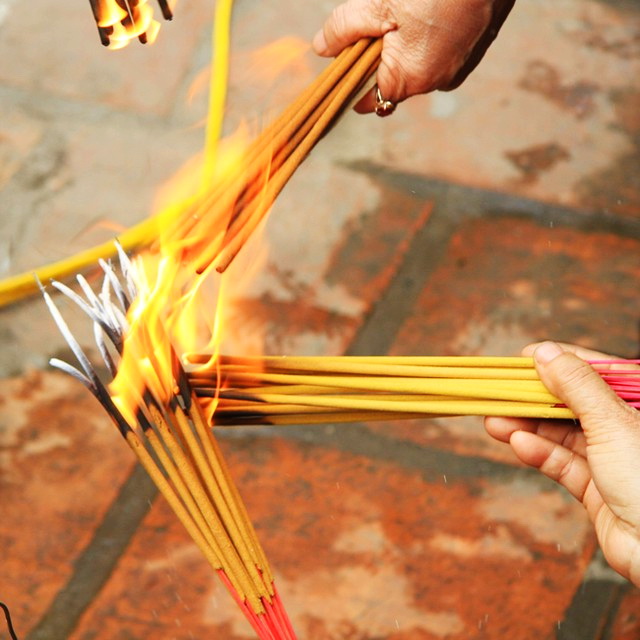 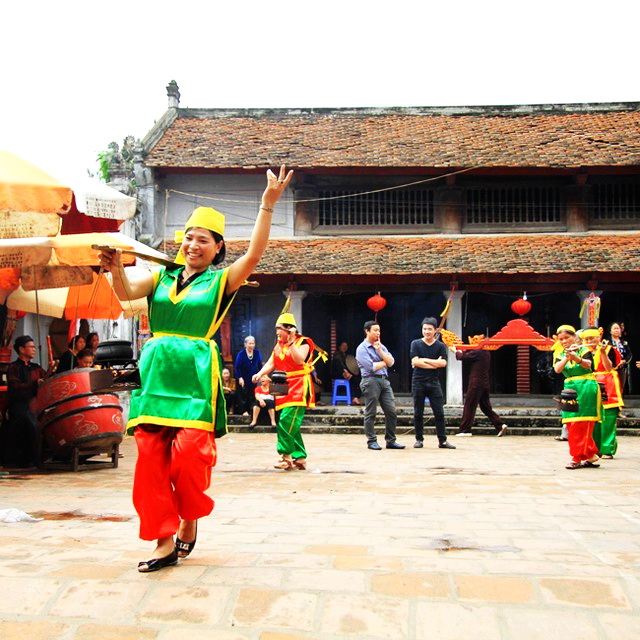 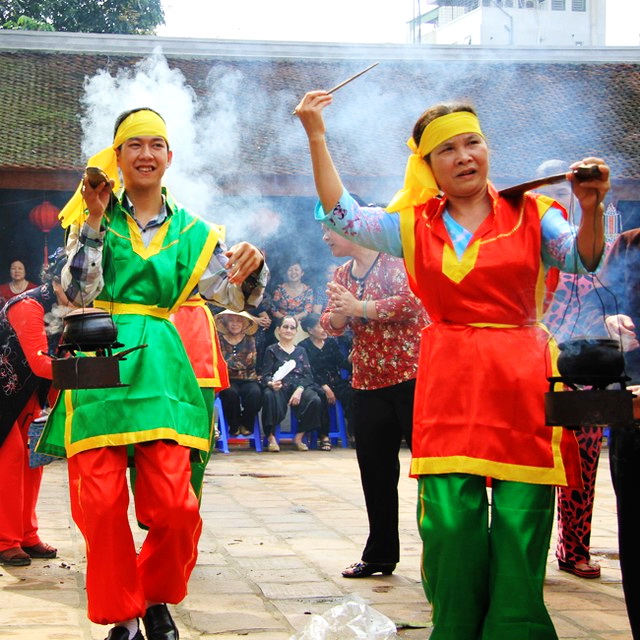 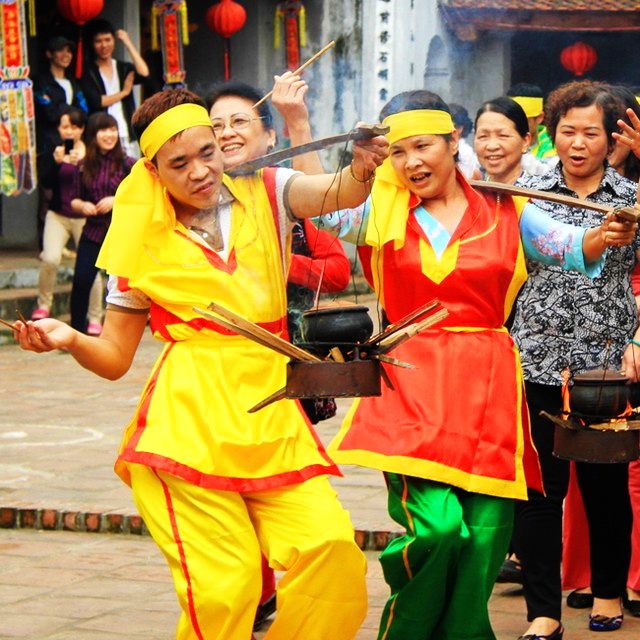 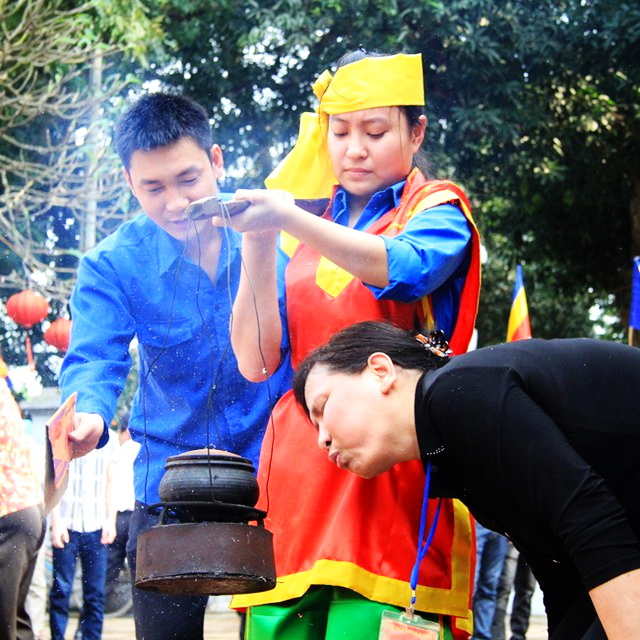 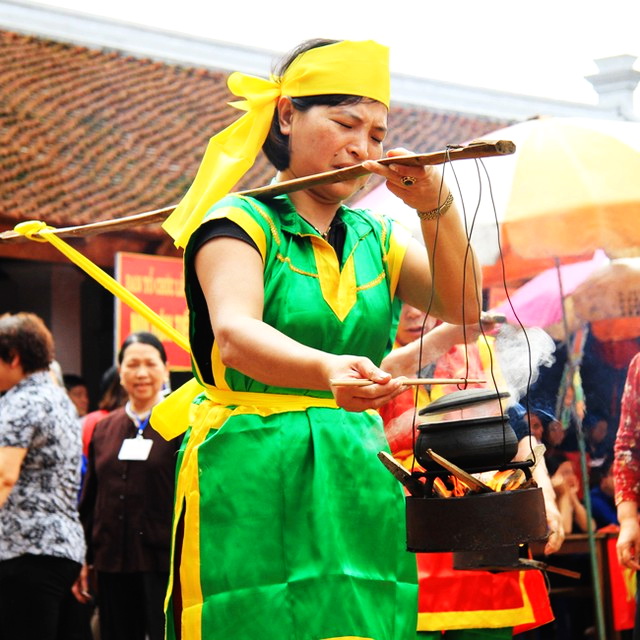 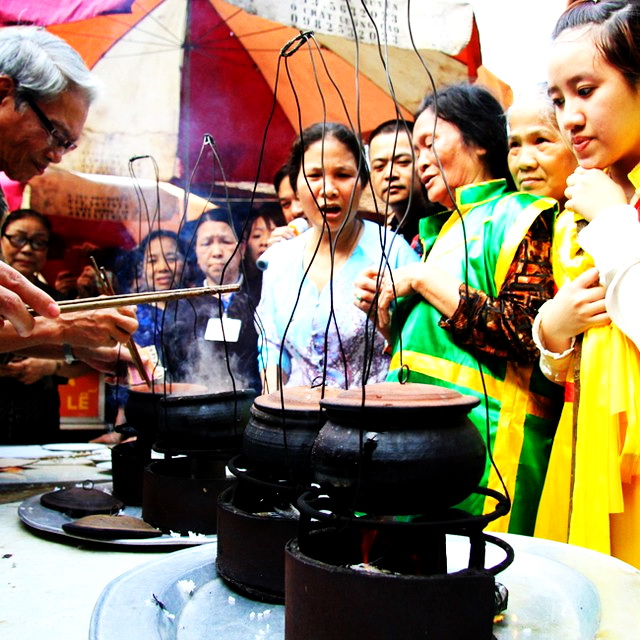 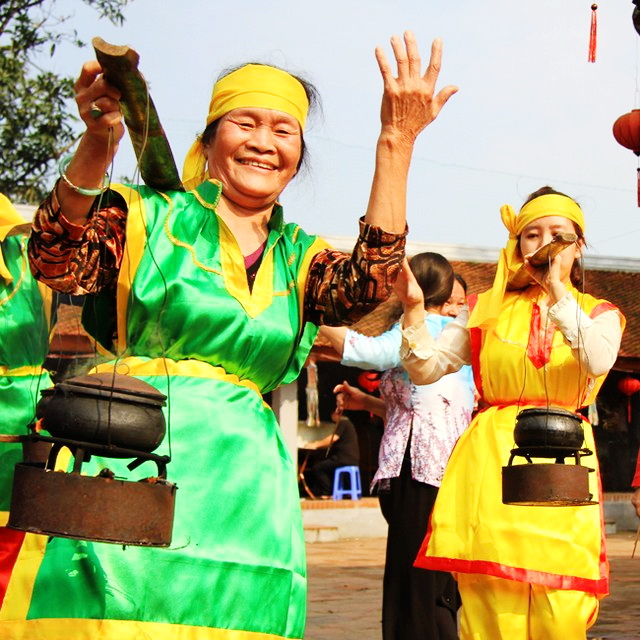