The coming of April is the time for harvesting lilies in the lily flower garden in the suburb of Hanoi Capital. Annually, the harvest season only lasts until Mid-April, soon thereafter; flower bulbs are planted to prepare for the next harvest, which comes half a year later.

When harvesting lily flowers, gardeners have to work carefully. They use their own hand to collect each flower and never cut them with knives or scissors.

If traveling in Hanoi one day, people can visit Quang Ba Flower Market where lilies are sold wholesale. A 100-init bunch is charged VND200 000 ($10) a 100-unit bunch. Additionally, people can buy simple white lilies not only in flower shops, but also from the vendors through Hanoi streets.

As a nice habit, when April comes, many Hanoian families decorate their home with lily vases. The white color of lilies contributes to make each house more brightening and sparkling.

Let’s admire the beauty of lily flowers through these following pictures: 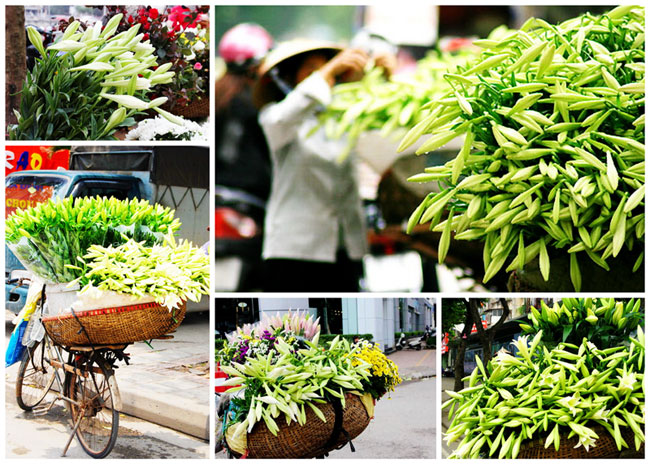 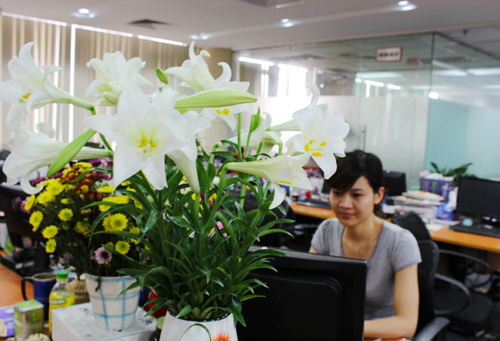 A vase of lilies in the working office 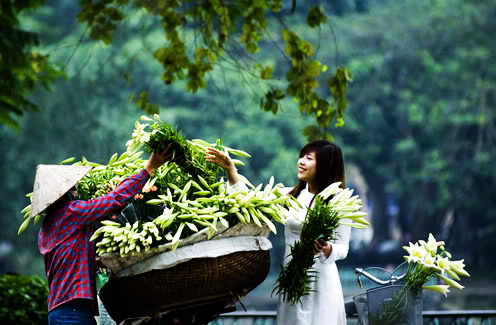 Beautiful Hanoi in April with white color of Lily 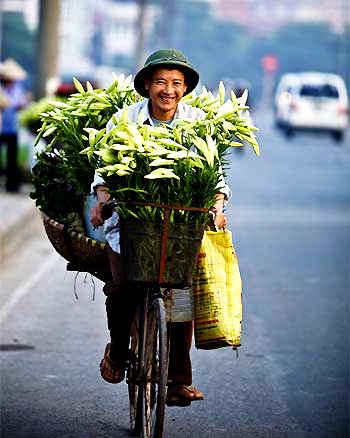 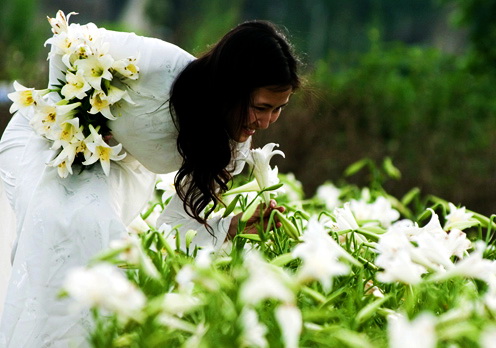 A girl and lily flower garden 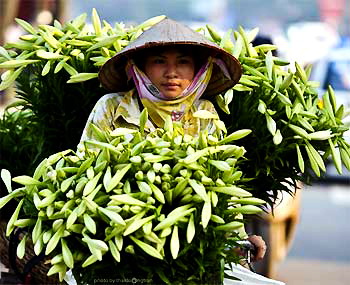 Bicycle full of lilies in April