Along with famous destinations worldwide, Hanoi – the capital of Vietnam is also well-known as a street food paradise. Along the mazelike alleys of the tourist-heavy Old Quarter and the more traditional Truc Bach lake area, travelers will see hundreds of stalls and makeshift storefronts, all bearing toy-sized plastic stools and advertising what they sell with bold signs out front. Many vendors sell only one or two dishes but many others cover a wide range of dishes. Since Vietnamese uses a Roman script, it is easy to tell what they are, provided you know the some basic street food vocabulary.

Having some clear culinary understanding and some food phases, I confidently made my street food tour of Hanoi. I made my way across the streets of the city with a new found appreciation for what I was actually chewing. And here is a look at some of the fare that makes Hanoi’s diverse street food scene so delicious. 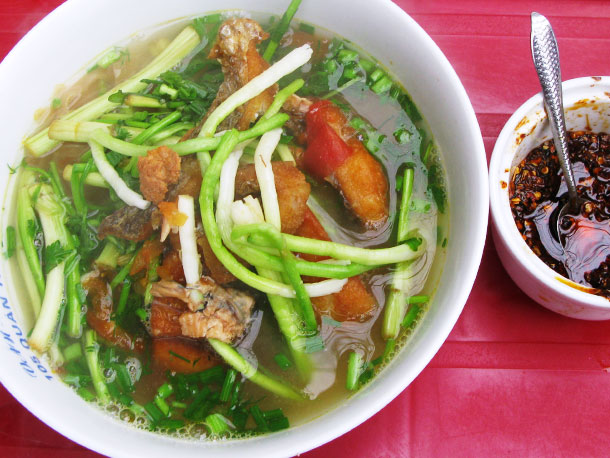 “Bun” simply refers to the rice vermicelli noodles, and “ca” is fish, but this breakfast noodle soup is so much more than the sum of its parts. Plenty of bun ca (not to be confused with bun cha) variations abound, but in northern Vietnam, dill is a popular ingredient and is used liberally here, more as a vegetable than an herb. The fish-pork broth is tinged red with tomatoes, which are included for color rather than taste. If bun isn’t to your liking, you can also get banh da, dried flat noodles flavored with tea powder, instead. 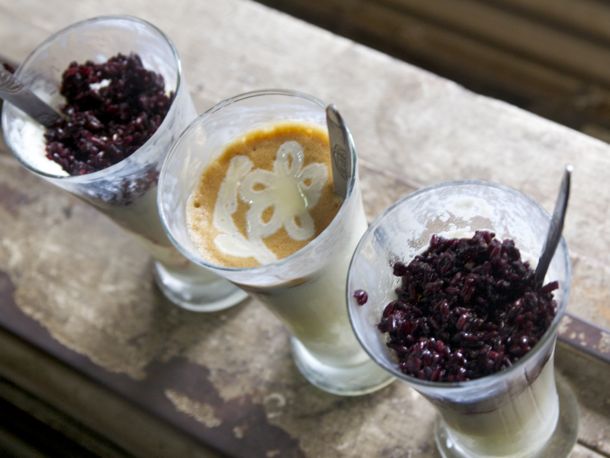 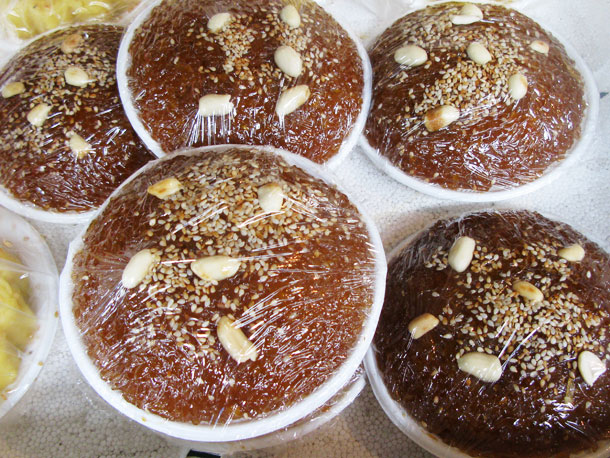 It is a quick morning snack from a local wet market: sticky rice flavored with ginger and caramel, topped with cashews and peanuts. The che com is dense and filling, with a gentle sweetness from the caramel. 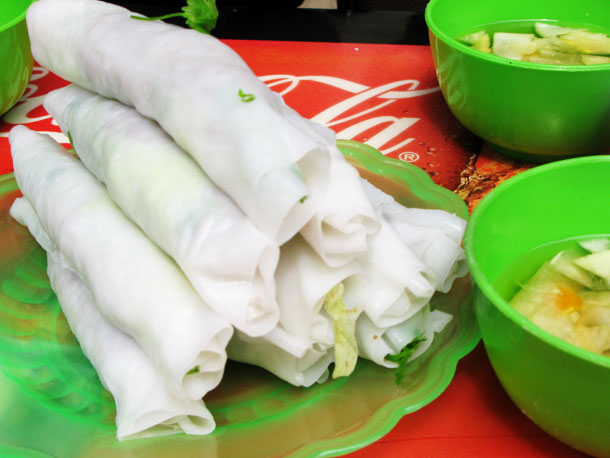 This dish is another of my favorite. This is not to be confused with the noodle soup pho as “cuon” refers to the fresh rice paper sheets used to wrap a mixture of minced beef and fresh herbs. Assembled to-order and dipped into nuoc cham laced with young papaya and chayote, pho cuon are apparently a somewhat recent, and wildly popular, addition to Hanoi’s street food scene. 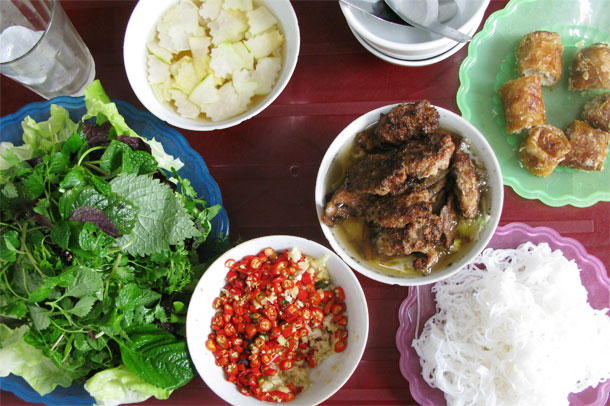 My all-time favorite Hanoi street food: “bun” once again referring to the rice noodles, and “cha” to the marinated char-grilled pork (center), both in the form of loosely packed meat patties and thin strips of belly. A hands-on, DIY meal, bun cha arrives with a platter of fresh herbs, fresh chilies, garlic and ginger, fried spring rolls, and jackfruit-infused nuoc mom for dipping. The idea is to go bite-by-bite, customizing each spoonful with little bits of your preferred ingredients. Bun cha overloads your palate in the best possible way.