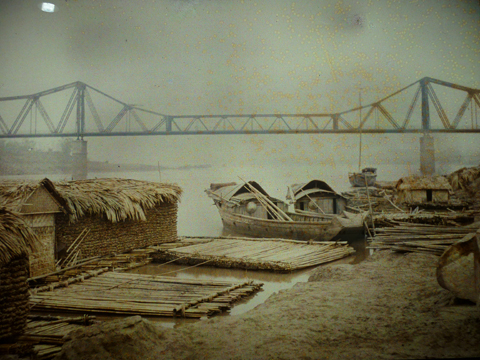 Photo of Long Bien Bridge in “Colors of Hanoi” exhibition

A “Colors of Hanoi” photograph exhibition, displaying 60 stunning images of Hanoi taken a century ago, was opened in Hanoi on Dec 09, 2013. The People’s Committee of Hanoi in co-ordinate with the Ile De Region of France was in charge of organizing this exhibition.

All photographs displayed were taken by French photographer named Léon Busy a century ago. More than 1,500 original color photos themed the physical and spiritual life of Vietnamese people at during the period of 1914-1917 were also exhibited.

The exhibition is considered as the first color photograph one with many documents, historical evidence on Hanoi Capital taken a century ago.